“House prices in December last year were 46% above their average level in May 2020 as we emerged from the first nationwide lockdown. Such an extreme increase over less than a two year period can be put down to record low interest rates being paid by borrowers and offered to investors, a temporary population surge, rising construction costs, switching of spending from offshore travel, and a surge in FOMO – fear of missing out – not seen for many years in the housing market.”

Things are now heading in the other direction for a while. Average house prices fell 1.5% in December and 1.1% in January and there is a good chance that from peak to trough average prices will fall by around 10%. But it pays to recognise something extremely important before considering how you might alter your home buying or selling plans in response to such an outlook.

This is exactly the price decline forecast made by almost all us forecasters exactly two years ago – and 100% of us were drastically wrong. None of  us anticipate being so wrong this time around.

It pays to recognise that the range of factors about which we are guessing is very strong and to allow for that we need to step back and remember the key underlying fundamentals.

We are in that three-month period of restraint for many right now and as these young people gain the ability to step forward with at least three months of good bank statements, credit will start to flow more freely again in the housing market. Overall, the boom ended late last year, and we are now in a corrective phase for housing markets around the country. But with good support from a firm economy and job market particularly, maintaining a long-term perspective rather than trying to pick exactly where things head in coming months is likely to be the best strategy for most buyers and sellers in residential real estate. 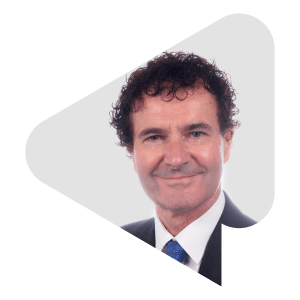 This article is general in nature and not designed to provide legal or other advice and independent advice is always recommended.

Which type of fund is right for me?

Complete this questionnaire to see what type of fund might be the most tax effective for your circumstances. Please note, this is just a guide and we recommend you seek professional tax advice.

Are you investing as an individual or trust?

An individual A trust
Other investor types should seek professional tax advice.
Back

Is your tax return completed by a tax adviser or accountant?

Can you reasonably estimate your own annual income?

What is your total income from all sources (including PIE income)?

Do you distribute all annual income to beneficiaries?

Yes Some income is distributed No distribution

Do all Trusts beneficiaries earn more than $48K from all sources (including PIE income)?

Disclaimer – This tool is intended to provide general guidance only. This tool does not take into account your particular financial situation, objectives or goals.